The DAPP Child Aid Western Province Project, started in Mongu District in October 2020. One year later—in Octover 2021 it started the expansion of its operation to Sesheke, Kaoma and Senanga Districts. 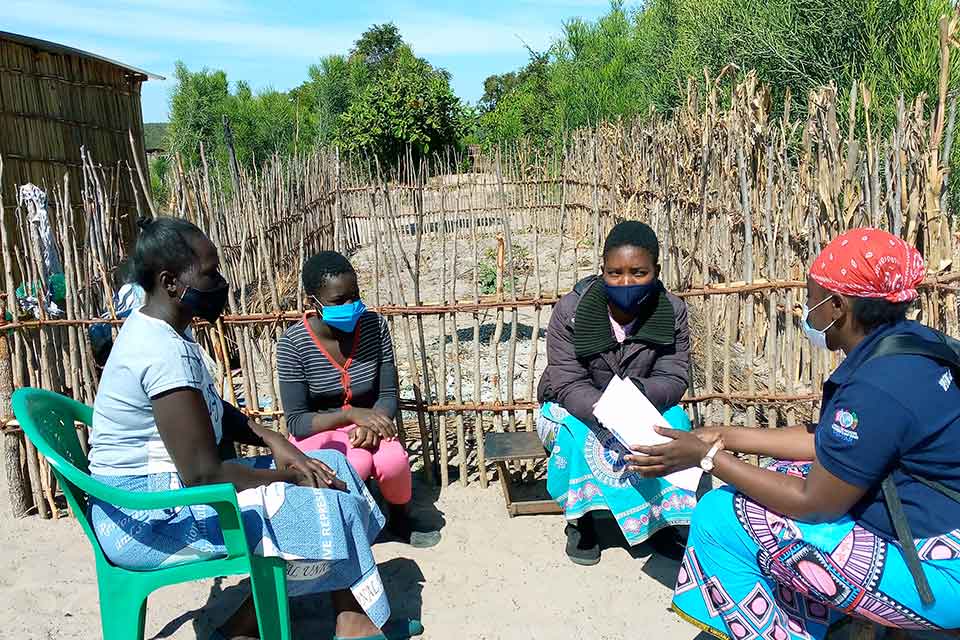 The project aims at improving the health, welfare and living conditions of vulnerable children and adolescents infected with or affected by HIV and building capacity in their guardians (caregivers) for them to provide adequate care and support.

A total of 1.055 children and adolescents living with HIV were enrolled in Mongu and received adherence support to treatment for them to attain viral load suppression. It also supports HIV positive mothers who recently gave birth, by encouraging them to adhere to all regulations that prevent the baby from getting infected.

The programme is family based and enrols all the siblings in the family, with a total of 3,455 children and adolescents living in 1,896 families enrolled.

The caregivers were organised in 119 Action Groups, meeting twice a month for learning and discussions. Lessons carried out included; how to improve the home environment through improved hygiene, water and sanitation, measures to take better care of the children, gardening, nutrition and starting saving groups.

The project worked in 17 health facilities with 61 Community Health Workers, who were trained as Case Workers. They established individual case plans for each child and each family together with the caregiver.

Accordingly to the plan the child was throughout the year supported with counselling, adherence, nutrition and/ or educational support through monthly family visits and referral for community and health facility services.

The project further advocated for all members of the enrolled households to know their HIV status. Those who tested HIV positive were supported to enrol on treatment.

By the end of the year the project had rolled out to the three new districts in the province, and was in the process of enrolling additional 15,000 vulnerable children, adolescents and their families.